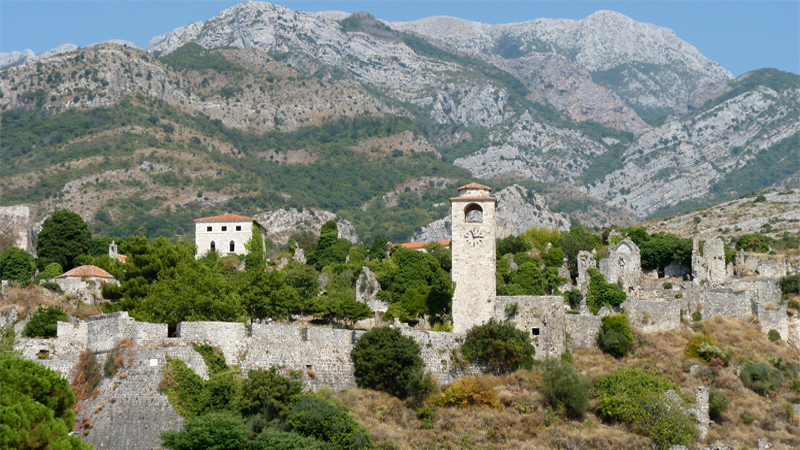 However, after the archaeological research it was proved that in ancient times on this rock – cliff there had been a signal station (specula), and in the middle ages there was a fortress which was used as an observatory by the people from Ulcinj. The only remains which could have been preserved from this fortress on the cliff were the walls of the fortification on the North, inside were ruins of little houses. A small one-nave church dating back to the XII – XIII century was found on the eastern side of the islet. There is a graveyard which had been constructed underground, like a tank dug into the rock. On the whole surface of the cliff, remains of ceramic dishes from ancient times were found. In the bay of Kruče there were also discovered remains of „Villa Rustica“, that actually was big rural house. Namely, rich noblemen from Ulcinj used to build their residences on this ground on the shore, which was, thanks to its abundant Mediterranean growth and water springs, extremely beneficial for the human body. Nowadays, there are, like in ancient times, huge cultivated olive plantations and vineyards. Oil and wine used to be kept in an amphora. Remains of a mosaic, ceramics and coins from the time of the Byzantine emperors Anastasius, Iustin I and Iustinius I, which had been discovered in Kruče, actually prove the fact that one of „Villa Rustica“ was built in the VI century A.D. After the Illyrian rampart in the Old Town, it still represents the most precious excavated complex in the area of Ulcinj.