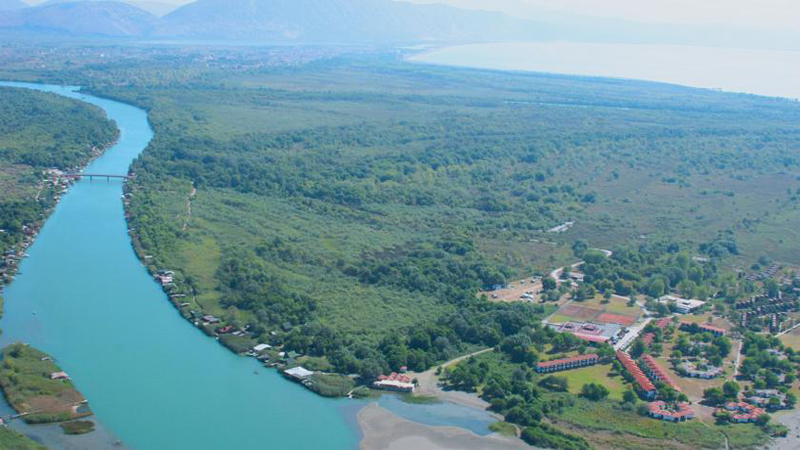 The river Bojana is a real natural wander due to its duality. Namely, at some places the bottom of the riverbed is between two and five metres under the sea level before it plunges into the sea. However, the most distinctive feature of the river Bojana is that the bottom of its riverbed is 36 km under the sea level, but in its upper part! This makes the river to be an extraordinary natural phenomenon, especially if its great flow is being considered. Although it has got that big flow, sea water rushes deeply upwards through its riverbed. Thus the first peculiar duality is created. In its riverbed there is both salty sea water and sweet river water. Sea water as being heavier flows along the bottom of the riverbed towards St. George. The second duality of the river is its underground flow. Namely, the former riverbed of Bojana used to be about 40 metres above the present level of the basic rock at Fraskanjel. The river covered its former bed with gravel. Above the gravel layers of clayish waterproof sediments have piled, into which the present riverbed of Bojana was carved. Thus today there are two river flows with the same direction, aiming towards the sea, one above the other, the surface water flow and some 10 to 15 metres below the underground water flow. The underground flow also moves from north to south and it looks as water moving through an underground pipe filled up by gravel. The underground flow is known for its water source Lisna –Bori. The third duality can be identified in delta of Bojana – this river splits into two sleeves which then separately flow into the sea and the fourth duality of the river is recognized in its dual fluctuations of its water level.